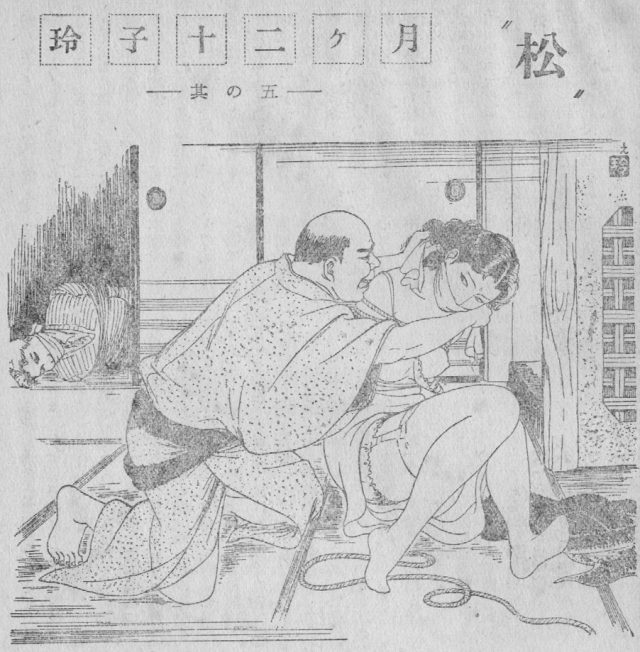 Published in 1953-1954, Fuzoku Soushi was the first magazine Minomura Kou edited after his departure from Kitan Club and his move from Osaka to Tokyo.

The magazine featured numerous artists as well as stories and small photo sections.

Below are three images from the January 1954 edition, including sketches by Itoh Seiu.