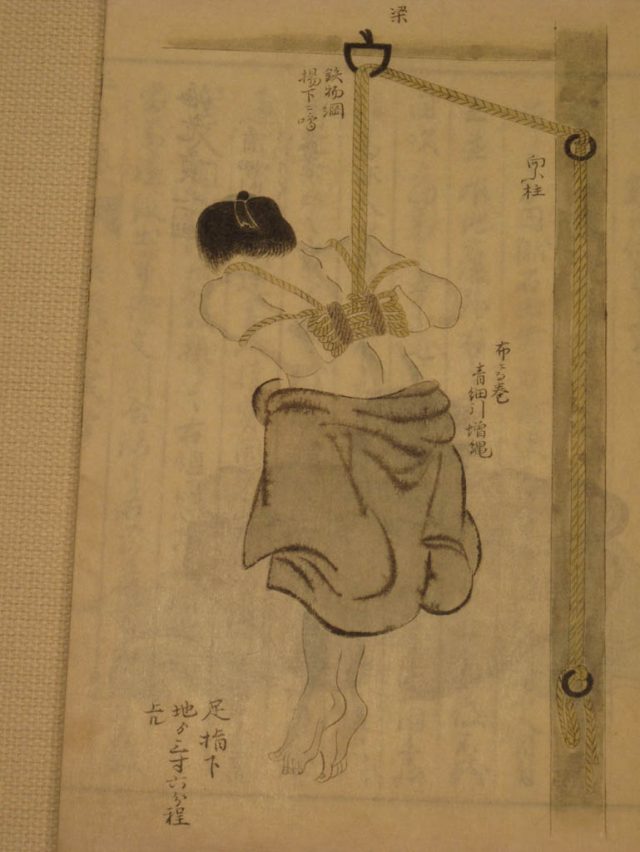 A gallery featuring many of the exhibits from the Meiji University Crime and Punishment Museum. The museum features the collection of the late Nawa Yumio, who was Japan’s leading authority on Edo era punishment and law enforcement.

Criminals in the Edo period were executed under the principle of showing little leniency as to serve as exemplary punishment and it was said in general your head would be gone if you stole ten ryo.

The system of punishment was complex and the types of punishments ranged from reproof, beating, tattoo, deportation, exile to the death penalty. The death penalty itself was divided into different degrees from decapitation, death by burning, display of the executed head, crucifixion, and saw cutting.

According to Shogunate Law, murdering his or her lord was considered the most serious crime and the offender was charged with saw cutting. Before the final act, the convict would be exposed for two days in Nihonbashi, be dragged through the streets for a day, and then be crucified at the place of execution. The second most serious crime was murder of one’s parents.