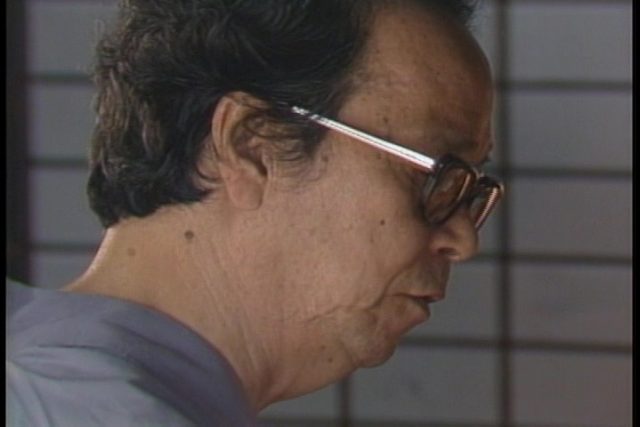 Anyone who follows the history of kinbaku will know the name Minomura Kou. Whether known by his artist name, Kita Reiko, or a number of other moniker’s his influence was felt in every aspect of kinbaku in the 1950s and 1960s. Starting with his work at Kitan Club, where he helped transform the magazine into one of the earliest kinbaku publications, to his work with Uramado and Fuzoku Soushi, to countless other periodicals, Minomura was an accomplished artist, editor, writer, and bakushi.

Minomura was also the bakushi to first produce photo books in Japan featuring kinbaku.  His book, Beautifully Bound, also known as “the black book” and his 1952 collection of drawings, stand as two of the most sought after and valuable works for collectors of kinbaku books and art.

In 1989, Yukimura Haruki directed a film, released by Cinemagic called Jouen – The world of Minomura Kou.  In this film, Minomura reflects in a 40 year career in SM and kinbaku and is celebrated by many of the legends of that world, including Nureki Chimuo, Oniroku Dan, Muku Yoji, Arisue Go, and Tetsuro Sakuragi.

Perhaps most interestingly, we get to see Minomura himself tie and interact with the women he has bound, reflecting his playful nature and skill with rope.

Below are a handful of images from the film Jouen.