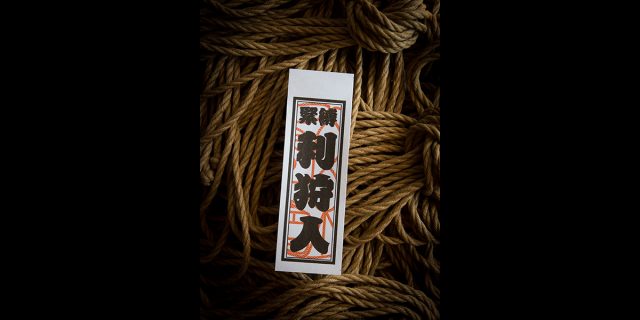 Six years ago, at the infancy of my professional career I was going through a crisis. I was not not sure which direction my bondage was going. Looking for inspiration I came across a video that challenged the foundations of what I believed bondage needed to be. After some research I discovered that the kinbakushi in the video was called Akira Naka. I started to watch obsessively all the videos from him that I could find; I wanted to tie like him, I wanted my bondage to look like his. Of course I had no idea of how to tie his patterns, so I attempted to emulate the same emotional reactions and moods.

A year later, in 2013, I met Naka Sensei in person during a festival in Moscow. Our connection was instantaneous despite the language barrier. That encounter changed my bondage and my whole life. I devoted myself to learning his style and one year later I started visiting him in Tokyo to learn directly from him. He made me his Ichiban Deshi (primary disciple). He gave me the name 利 狩 人

Naka Sensei became very soon more than a teacher for me; he became a mentor, a friend, family. He allowed me to build a successful career and helped me through my hard times. He made many of my dreams come true like performing at Nawa Naka Kai or at Maniac Festival in Tokyo. He introduced me to Sugiura Norio Sensei, the legend of bondage photography, and I was lucky enough to establish a good relationship with him.
I owe Naka Sensei a lot.

Being the Ichiban Deshi of such a legend is no easy task, there is honour and pride certainly, but also a great responsibility to remain faithful to his teachings. I try to keep up with Naka Sensei’s high standards, to promote the human values he taught me, in bondage and in life. I try to make the style live and evolve and spread the love for it throughout the world.

I created this book to celebrate 5 years of meeting Naka Akira Sensei.

I am not a photographer but I decided to shoot the images myself as the use of a photographer would have showed their vision and not mine. I did not want to simply imitate the work of the great masters, have people say “great work, it looks like the one of XXX”. Therefore I avoided using their lighting schemes and all the props that are so typical of Japanese bondage photography. I used one simple light on a side, not to be moved around, allowing me to concentrate just on the tying. I also avoided Japanese clothes on the non Japanese models. There was no discussion about what the models would wear, they all wore what they felt most comfortable or creative in because I wanted to show their individuality and their own innovative input to this book.

Post-work has been minimal. I wanted the rope-work to be about the models and to be real, so no image is posed. I wanted to have that recognizable Naka Style feeling and yet give the rope a clear personal nuance.

The result is in these pages, that celebrate five years of having met my teacher and friend. I felt that it was time to document how far along in my rope journey I have come, not a beginning or an end, rather a period of reflection.

Years ago, Riccardo saw one of my video and it seems that since then his way of understanding Kinbaku has changed. To see me tying has been a revelation and had a huge impact on him he said. The first time we’ve met it was in 2013 when I’ve been invited to Russia to participate ‘Moscow Knot’. During this event I’ve seen Riccardo’s show. I’ve been really surprised to see the way he tied! A non Japanese person was tying sitting on the floor and was tying my style ! It was the first time I saw something like that, an European person tying whilst sitting Japanese style! He also came to warmly propose me to contemplate his way of doing rope at the event! And he showed me how he was tying in front of me. I’ve been astonished because it was the first time of my life that I’ve met such personality ! Then I understood better his philosophy, his technique and the passion he had for that discipline and I decided to teach him my style. Since he came every year to Japan to learn with me, he has learned a lot about my philosophy, the depth of the practice of shibari. And this is where we’re standing now. I know he will take care of this heritage and will continue to make Naka style evolve from now on and in the future. I will be delighted to be by his side and see all his accomplishments. Riccardo my first disciple is very dear to my heart.
Naka Akira 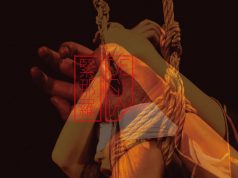 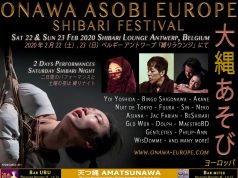 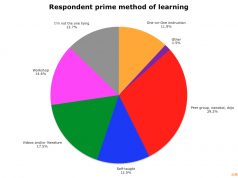