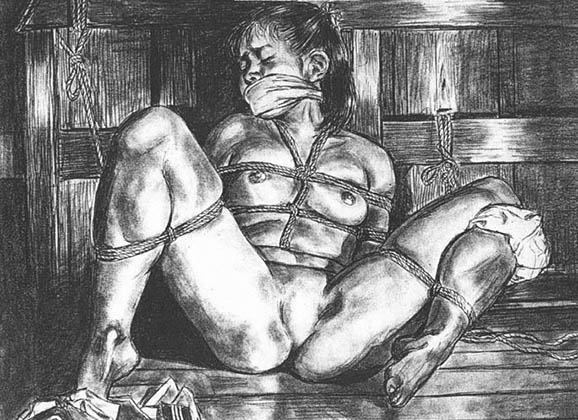 Yoji Muku’s art has a critical place in the history of kinbaku in Japan.  Described by Master K as one of the “30 Key Figures in Shibari/Kinbaku History,” his work stands out among many of his contemporaries.  Like many of the early artists, Muku’s work helped define the public face of kinbaku from the 1960s onward.  Part of the reason illustration played such a critical role in the early days was the result of publication costs and printing quality.  The early magazines used a rough, pulp paper which made it extremely difficult to reproduce photo quality images, as Master K describes it, resulting in a reliance on illustrations and drawing to provide a strong visual element to these early publications.

Muku’s style of drawing was basic pencil art, focusing on a high degree of realism and accuracy.  As a result, he worked primarily from photographs. 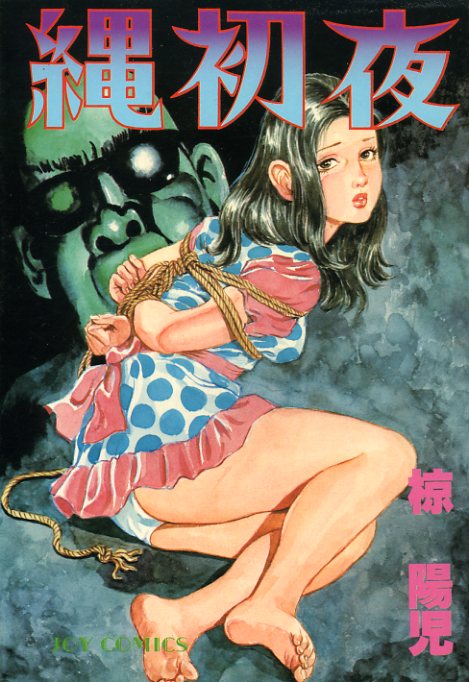 Muku was also well known for his manga, including two series in the 1970s for Satan Comics and Joy Comics, which have now become prized collector’s items often going for up to $300 a piece, as a well as a very hard to find book of his paintings, published as a special edition of SM Collector in April of 1981.  His more recent manga are still widely available and are even being distributed by Amazon on its Kindle platform.

Not only a prolific artist, Muku also wrote stories for SM magazines, most notably SM Select and served on the editorial staff of Uramado while Nureki Chimuo was editor.  Muku’s connection to Nureki and photographer Sugiura Norio would shape and define his artwork for most of his career, often using photos of Nureki’s work as the basis for his art.

As a master of representational art, working with only a #2 pencil, Muku’s skill as an illustrator was impressive.  According to Master K, “the bindings he chose to represent were meticulously drawn down to the last detail” and “there is always a story and life lingering around the edges of his illustrations.”