I started tying in 2006 or 2007. I can’t really remember, exactly. But what I do remember was that when I started tying in America, almost no one was doing shibari. The few people that were had pieced together techniques by reverse engineering images or working from a handful of how-to materials that were hard to find and in a language they didn’t understand.

That started to change around 2011. Japan started to open up, with bakushi coming to visit the US at first, followed by more and more westerners going to Japan. That evolution happened earlier in Europe, I believe. But with pretty much the same effect. Technique got better at an almost exponential rate. People were learning Japanese rope techniques from Japanese masters who had spent a good portion of their lives perfecting them.

Essentially, we got a content dump with neither the time or the context to make much sense of it.

But something else happened. It opened a divide, between those who were getting instruction first hand and those who weren’t. Anyone who had first hand access to that knowledge started to be branded an “elitist.” We we told that we were telling other people they were doing things wrong. We were all convinced we were better than those who knew less, etc. etc. etc.

The only problem with this narrative was, as far as I can tell, no one was actually saying that. In fact, those who had developed their knowledge and understanding of kinbaku were coming back, sometimes in droves, wanting to teach and share what they had learned.

I can’t speak for anyone else, but my experiences learning rope in Japan got me in touch with a very personal, deeply emotional side of rope that I was as missing in most Western rope classes. That is what I wanted to share and teach. It was what my teacher and Japan was extremely good at and it is what, for me, profoundly change the way I think about rope, communication, my partner and how I tie.

Is it “better” in some sense? Well, for me it certainly was. It was better than what I knew before I studied it. Is it better for everyone? Of course not.

Yukimura would often say “rope is free,” meaning people are free to do rope however they wish. It would be very un-Japanese to tell someone else what to do with their rope or how to tie, unless, of course, they come to you looking for instruction.

But here is where we face a problem.

Over the past 10 years, as we experienced a massive content and technique dump, people are not understanding where the things they are doing came from and that is a significant problem. A tie that has emerged over 20 or 30 years of trial and error, as part of a larger system, philosophy, or school of kinbaku has evolved to meet certain needs, to perform certain functions, and has to be understood within a context.

Now, either you believe that or you don’t. If you don’t, there is probably nothing I can say to convince you otherwise. But I am relatively certain, after talking with many of the people who tie in Japan, that the people who invented these ties believed that.

Most of the charges of “elitism” in rope, in my experience, appear to come from a place of deep insecurity. People seem terrified of being told they are wrong or that they can’t do anything they like with their rope. But that is a fear they are projecting onto others. No one cares what you do with your rope. Really. No one cares.

The desire to hang on to some narrative of elitism and persecution, however, carries with it a deeper consequence.

Those who seem most invested in rope elitism, also seem the most insistent on demanding that rope is something simple, that anyone can do, and that has nothing to more complicated that tying a few knots.

It is hard for me to see these cries of elitism as coming from any place other than a deeply felt sense of insecurity. The only way to defend it is to diminish the activity itself. The only way to diminish expertise is to believe that rope itself has no depth, culture, history or meaning beyond your own naive, shallow, and solipsistic self-expression.

Herein lies the danger. You need not be around the rope world for too long before you stumble onto a debate about whether or not the takate kote is a safe tie. Nor do you have to wait long, if you live in even a small city, for someone to offer a class on how to tie it.

The only way to teach it as widely and as frequently as we do is diminish the level of expertise required to tie and (perhaps more importantly) teach it. That is the danger of buying into the dismissal of education, research, hard work, and experience as “elitism.” People get hurt.

Is the takate kote dangerous? Yes. You bet your ass it is. Which is why you need to spend a fuck ton of time and energy learning about it before you tie it. Not because it is a challenging feat of rope engineering (which it definitely can be) but because, in each school of rope, it has a long, complicated, and important evolution. And understanding that evolution is essential to understanding what that tie can and cannot do.

I learned Naka Akira’s two rope gote in Japan from him personally. Maybe 2011 or 2012. We were at UBU and he gave me a lesson while we were watching one of his videos together. I also hosted him in Los Angeles in the Summer of 2014. I spent time with him and got several lessons from him in my living room, in addition to attending the workshops while he was here.

I have attended his kinbiken events, done photo shoots of his rope, and I visit with him every time I am in Japan.

Would I teach his gote? No.

He has never asked me to. If he wanted me to teach his rope style (and if he felt I knew it well enough, which I don’t), he would ask me to teach it. That is what happened to me with Yukimura sensei in 2011. He asked me to teach.

I have little doubt that if I approached Naka sensei and asked to teach his gote, he would say yes. I am also equally certain it would make him very uncomfortable. If you have to ask, you probably shouldn’t be teaching it.

Does that mean I shouldn’t tie it? No, but that is a whole different question. Because teaching and tying are completely different things. When you teach you take up the mantle of the history of the tie you are teaching. When you tie it, you are doing the tie in the manner in which it was shared with you, for you, and in order to suit you. Most of the people who teach rope that I meet fail to understand the difference.

I know only a handful of people who have been asked to teach a particular style of Japanese rope by Japanese masters. I see a lot more who have “gotten permission” and then I see a ton of people who just don’t give a shit and will name drop a Japanese master’s name and purport to being doing their rope because that is how they learned it and they simply don’t know any different.

So, the crux of the matter is this. When people dismiss those who have taken the time to study and learn and truly dedicate themselves to learning more than just the technique as “elitist” what they are doing is also dismissing the context that is required to make much of what we do safe and meaningful. They are dismissing the possibility of what rope can be, in order to hang on to and main control over what it is they already have.

As I said that the beginning, “Rope is free.” What we are not free to do is have it both ways. You can’t trade on the name of those who you claim to respect, while at the same time dismissing those who actually do the work to foster a deep understanding of that same style of rope as “elitists.”

I recently saw a class described as a “TK that was learned in New York (teacher unspecified) which was a variation of an OS3TK which was based on Akechi Denki’s style of tying.” I would have been fine with that description if it had ended with “New York.” If that is elitist, so be it. But it is an elitism that is born out of a respect for what we do, the people who do it, the safety of our partners, and for the generations of bakushi who have come before us.

Tie how you like. Teach what you like. But stop credentialing yourself with the names of people who have neither given you the permission nor the qualifications to teach what they do. 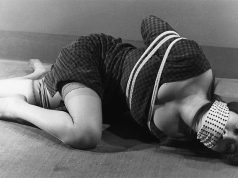